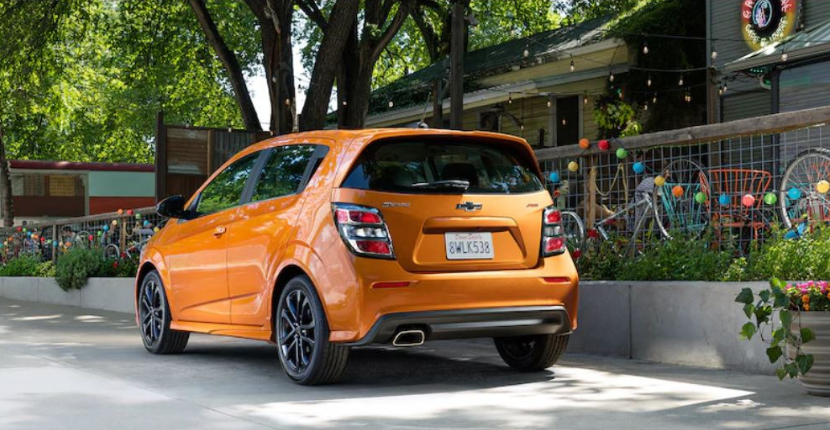 Back in 2010, the second generation Chevrolet Aveo was unveiled donning the brand’s Gamma II global subcompact platform offered in both the 5-door hatchback and 4-door sedan models. According to Australian designer Ondrej Koromhaz, the design concept behind the Aveo was a four-seat motorcycle – hence the chopper-inspired instrument cluster and headlights.

The name was quickly changed to Sonic to reflect the changes and upgrades made from 2004 and is recognized as such here in the U.S., as well as in Japan, Chile, Canada, Mexico, Brazil, Argentine, Colombia, South Africa, Israel and the Middle East.

And while this vehicle may be small in size, it has enough room to seat five people comfortably – the hatchback boasts 47 cubic feet of cargo space – second row seats folded down and 19 cubic feet behind the rear seat, while the sedan offers 14.9 cubic feet of space in the trunk.

Power is not lacking with this subcompact vehicle as it comes with a 1.4 liter turbocharged four-cylinder engine and produces 138 horsepower and 148 pound feet of torque. It also features an available six-speed manual or six-speed automatic transmission.

Customers looking to buy the 2019  Chevy Sonic at your local Tinley Park Chevy dealer will appreciate its EPA-estimated 27 mpg/city and 38 mpg/highway all for around $15,400 to start. For more information on the 2019 Chevy Sonic or any other 2019 Chevy models come on down to Apple Chevy or visit us online.