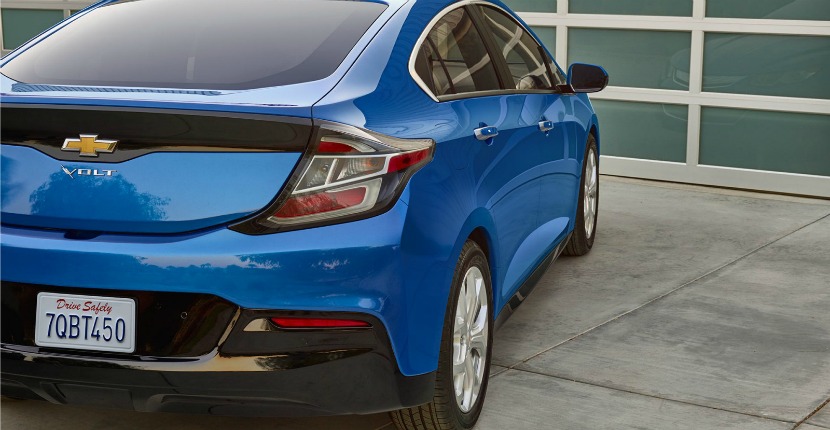 As many folks know by now, electric vehicles have undoubtedly made some huge advancements recently, as it wasn’t very long ago at all that they existed almost exclusively as an outsider choice for dedicated environmentalists and those with plenty to spend on emerging technologies. But, in only a short time, hybrid and electric vehicles have definitely made the crossover from peculiar oddities to something increasingly viable for drivers of all kinds.

While the Toyota Prius still stands out as the vehicle best known for pioneering the everyday hybrid, a wide range of competitive designs have also continued to make impressive strides in their own mission to maximize the legitimacy of electricity. As the numbers go to show, the candidate rising most quickly to the top of the list is none other than Chevy’s own hybrid wunderkind, the Volt. Today, we’ve got the results from a considerate and thorough comparison of the exceptional new generation of the Chevy Volt and the newest Prius, dubbed the Prius Prime, as presented by the steadfast icons of automotive media at Car and Driver.

Overall, it’s clear that the reviewers at Car and Driver find it much easier to make a personal connection with the 2017 Chevy Volt than with its competitor, saying that “judging by the Chevy’s steering, brakes, and ride, it’s clear that someone involved in the Volt’s creation shares our values.” Reviewers went on to specifically praise the Volt’s “accuracy and consistency,” calling it “quicker and more powerful than the Toyota.” Unsurprisingly the Volt currently ranks number one in the organization’s list of current hybrid models.

Noting marked improvements in the capabilities and performance of both vehicles, reviewers nonetheless identify correctly that the basic specs find the Volt coming out on top almost every time. With the Prius Prime boosting its all-electric range to 25 miles, it still pales when compared to the Volt’s 53. Similarly, the Prius puts in solid effort to boost combined horsepower to 121, though this drops noticeably in all electric mode. Compared to the Volt, however, which boosts power to 149 combined horses that stay in command no matter which driving mode is engaged, it doesn’t quite stack up. All in all, out of a possible 240 total points in categories including comfort, interior and exterior styling, performance, and fuel economy, the Volt comes out decidedly on top with 209 to the Prius Prime’s 175.

When it comes to improvements in the new generation of Volt, Car and Driver reviewers also point out the welcome addition of higher quality materials and an updated infotainment system, as well as the significant tax credit offered to buyers of new Volts, a value that outpaces the Prius Prime’s own rebate by nearly $3,000. We hope you won’t need too much more convincing when it comes to the fact that the 2017 Chevy Volt is truly an electrifying star to watch (there’s plenty more in the full review if so), but we also think you’ll be officially over the moon for it after taking the time to get behind the wheel right here at Apple Chevy. Keep an eye out here for more news, and don’t wait to come see us anytime you get curious!