What is the Chevrolet Beast? 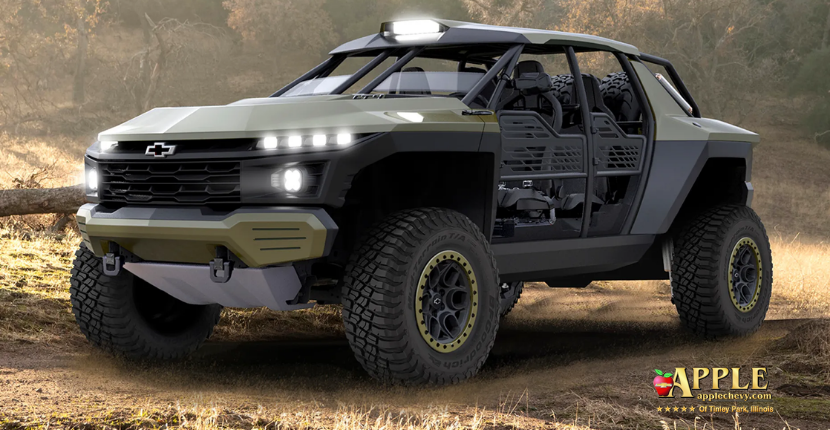 At the SEMA show in November, Chevrolet introduced a supercharged, desert-running off-road concept called the Chevy Beast. It led a roster of eight Chevy trucks and SUVs at the annual performance and personalization exposition. The Chevrolet Beast is a concept vision of the ultimate in high-performance desert running. To check out more vehicles features Chevrolet’s signature innovation, visit a Chevy Dealer Near Me!

Conceived to demonstrate the capability of Chevy trucks and Chevrolet Performance components, the Beast is a four-passenger off-roader that’s based on a modified Silverado chassis, wears a customized pickup body, and is powered by a Chevrolet Performance LT4 650-horsepower supercharged crate engine.

Jim Campbell, GM U.S. vice president of Performance and Motorsports, introduced the vehicle, saying, “The Chevy Off-Road Concept takes the popularity of high-performance off-road trucks to the next level. It’s a vision for a new dimension of Chevrolet Performance capability from a brand that’s been pioneering performance and supporting customer personalization for more than 50 years.”

The Chevy Off-Road Concept was designed to dominate the desert with capabilities, control and performance rooted in a production-based foundation and off-the-shelf performance enhancements. Its high-speed capability is derived from a Chevrolet Performance LT4 crate engine1 — a 6.2L supercharged V-8 that’s rated at 650 hp. It’s backed by a 10L90 10-speed automatic transmission that sends torque to a two-speed transfer case and distributes it to 37-inch-tall off-road tires mounted on 20-inch beadlock wheels. The concept also includes the Chevrolet Performance Big Brake Upgrade System. 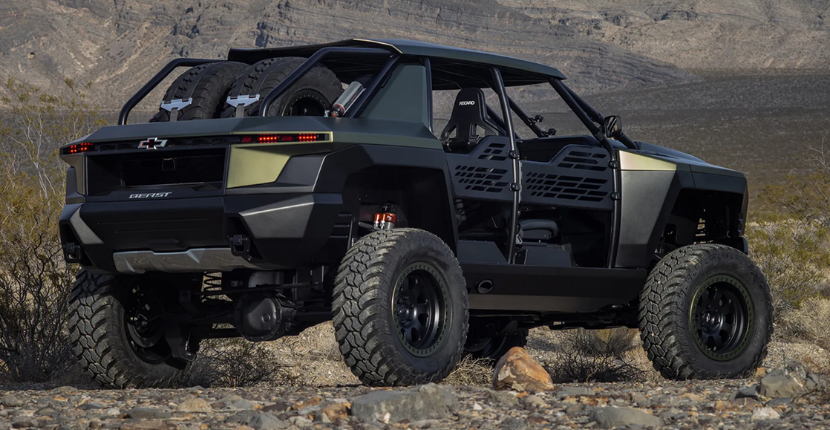 Setting a New Standard for Off-Road Performance and Style

With the Chevy Beast, impressive capability is complemented with equally dramatic and purposeful style. Tubular doors and a simple, lightweight clamshell-type front end reflect the functionality and aesthetic of desert running, while the rear of the vehicle was intentionally designed with almost no overhang to maximize the angle of attack on steep grades.

Inside, the customized cab has a minimalist, functional design, featuring a quartet of Recaro performance seats with four-point harnesses, as well as a pair of 7-inch-diagonal LCD screens that monitor vehicle functions and performance data, including pitch and roll during off-road driving scenarios.

Other Chevy Features at SEMA

Expanded dimensions of Chevy Trucks’ capability are explored in several additional off-road Chevy trucks and SUVs on display at the SEMA Show, including:

Looking for a Chevy Tinley Park? At Apple Chevrolet, we have a great selection of new and used Chevys for sale. We are happy to serve customers in the Chicagoland area and throughout northern Illinois and southern Wisconsin. We have a talented and experienced team of salespeople who are committed to finding you the best possible deal on a new Chevrolet sedan, truck, or SUV. We also have a terrific team of service technicians to help keep your vehicle on the road for many years to come. Visit us to learn more about Chevrolet off-road vehicles or schedule a test drive today!