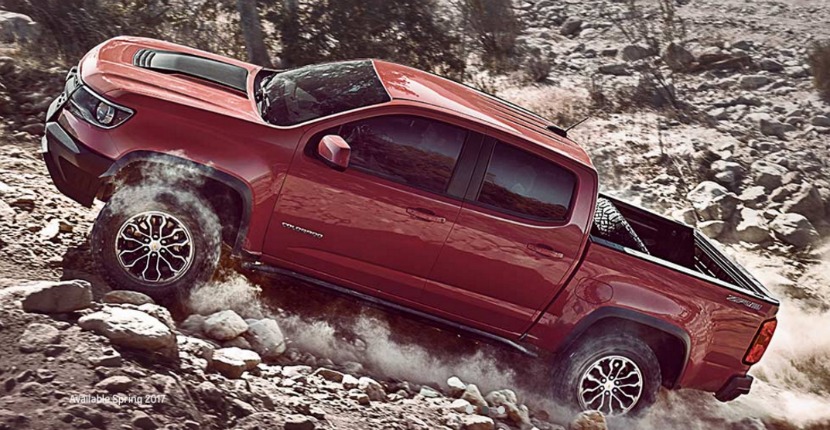 In a market niche with more than its share of outdated hardware, the mid-size pickup class has two new, bright stars. Over the past two years, what was once a segment of ancient midsize pickups that had gone a decade without major updates has been reborn. The Chevrolet Colorado was the first redesigned pickup to arrive and was praised for breathing life into the segment. The 2017 Honda Ridgeline is the newest addition, returning from a 2-year hiatus with a completely new, slightly more conventional look but many of the same clever attributes. Though both mid-size trucks, the 2017 Chevy Colorado and Honda Ridgeline are completely different.

At its core, the 2017 Honda Ridgeline is fundamentally the same type of unique truck as its predecessor that was discontinued two years ago. It’s still derived from Honda’s Pilot crossover SUV, albeit the latest generation, but the Ridgeline has a more conventional look this time around, as well as the typical array of new-car updates to efficiency, features and safety.

On the 2017 Colorado, a fully boxed frame and shear-style mounts help provide a smooth ride on almost any surface. Four-wheel disc brakes with Duralife brake rotors help reduce wheel shudder, and Electric Power Steering provides a confident feel. Colorado features inlaid triple-sealed doors, thick windshield and side glass, and liquid-applied sound deadener to help keep outside noise out and the music on the available Bose sound system sounding that much better. In fact, there’s no quieter midsize truck on the road today.

The Colorado’s fuel economy ratings top 30 mpg on the highway, and while diesel is a pricey add-on, it suits this truck very well. The 2017 Ridgeline falls behind on fuel economy, getting only 18 mpg city/25 mpg hwy.

The Ridgeline can tow 5,000 pounds, which is what you can expect from most large crossover SUVs. It’s a useful amount, but it’s obviously well below the Chevy’s 7,700-pound threshold. The limitation is likely due to the Honda’s car-like unibody construction, versus the typical body-on-frame truck setup.

Colorado is designed to perform seamlessly from city streets to camping retreats. The available GearOn storage system brings incredible utility with two-tier loading and a bed divider to help secure and store your gear. A quiet, refined interior combines luxury and convenience into a single package. Intuitive gauges and controls allow for easy operation. Both available leather-appointed and standard cloth seats provide great support and ample front and rear legroom. With easy, secure storage, a nonskid space for charging devices, and up to four USB ports, you get the best of comfort and function.

As if all this weren’t enough, the 2017 Chevy Colorado has a base price at about $11,000 less than the Ridgeline. Stop by Apple Chevrolet today to check out the new Colorado!