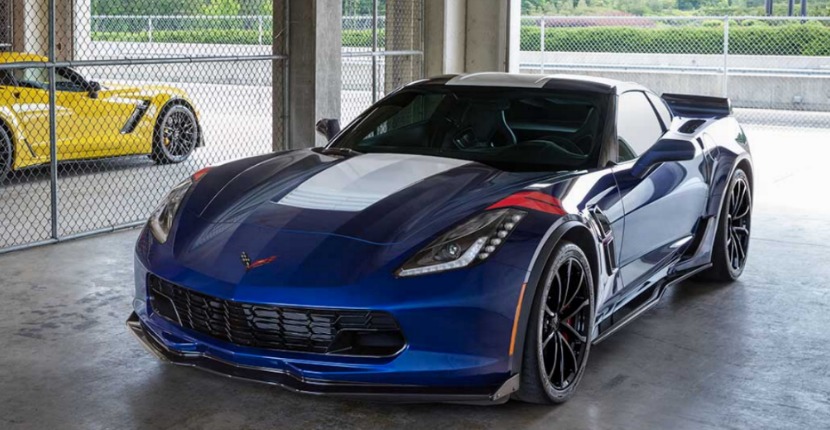 Believing that there’d only be space for either the Corvette Grand Sport or the Ford Shelby GT on their Christmas list, Car and Driver’s staff was divided, with the GT350’s backers on one side and the Grand Sport’s on the other. In the final summation, each car had the votes to clinch its spot, but the rift helped the publication’s team arrive at a deeper understanding of both.

“And yes, even with 540 horsepower, to some a Mustang is not, strictly speaking, a sports car. A sports car, by the classic British definition, is one that can, in a pinch, be raced. But times change, and even our resident hotspur Brit, Mr. Gillies, thinks this is talk that predates his birth,” Car and Driver wrote.

In its most recent encounter with a Corvette—July 2006—the GT didn’t fare well against Chevy’s shark. Road-course lap times favored the ‘Vette, and even on something as uncomplicated as a drag strip, the big-horsepower Mustang didn’t cover itself with low-ET glory.

You may know the genesis of the Grand Sport name—how back in 1963, Corvette boss Zora Arkus-Duntov sought to build 125 lightweight, high-power homologation Sting Rays to qualify for the 24 Hours of Le Mans. GM quashed the plan after just five of the so-called Grand Sports were built, all of which were spirited into the hands of racers with names like Penske, Foyt, and Hall, and raced without factory support. The 2017 Corvette Grand Sport starts with the tires: Michelin Pilot Super Sports as standard, or ultra-sticky Pilot Sport Cup 2s with the Z07 high performance option pack, the same rolling stock available on the Z06. They’re way wider than the standard Stingray tires (plus 40mm up front, 50mm in back), necessitating the Z06’s wider fenders to clear the 285/30ZR19 fronts and 335/25ZR20 rears.

GM’s near-magical Magnetic Ride Control is standard, as is the advanced electronic limited-slip differential, and the Z06-derived chassis sports custom stabilizer bars and springs. The 460-hp, 465 lb.-ft., dry-sump LT1 V8 spins either a seven-speed manual or an eight-speed automatic, same as the Stingray. The Z07 package adds carbon ceramic brakes.

The Grand Sport wears Z06-spec front splitter, side sills, and wickerbill rear spoiler, finished in carbon fiber in Z07 trim and claimed to generate real downforce, though the Z06’s clear plastic Gurney flap isn’t available on the Grand Sport. A Heritage appearance package adds the traditional front fender hash marks, now connected in a horseshoe shape and affixed to both fenders, and a whole color wheel’s worth of body, hash, and full-length racing stripe combinations can be specified.

Inside, badging depicting 1963 Grand Sport #002 (the only roadster out of Zora’s original five) appears on the floor mats, headrests, and on a dash plaque just ahead of the shifter. The brushed aluminum halo to the right of the center stack shows a subtle racing stripe, created by rotating the brushing pattern on the metal 90 degrees during polishing.

At those prices, with that look, expect that the Corvette Grand Sport will once again be big business. Swing by Apple Chevrolet today to check out the ride and see if you agree with the experts at Car and Driver.