The 2019 Chevrolet Silverado Will Be Featured in “The Lego Movie 2: The Second Part” 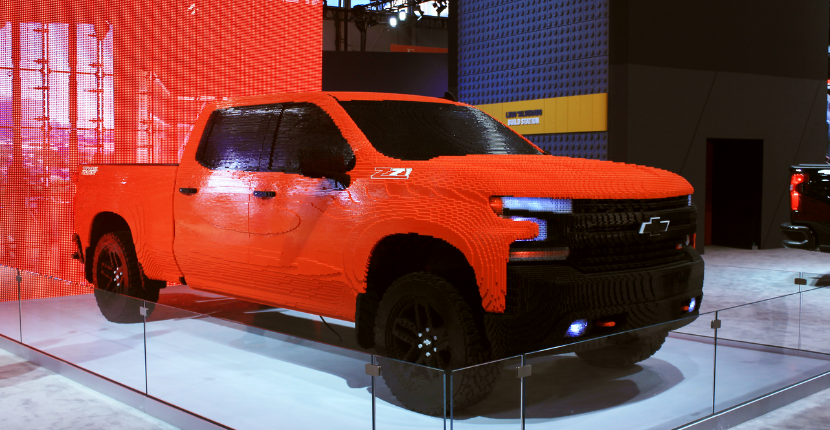 Automotive product placement has become more common in movies, but now, the Chevy Silverado will be featured in an animated movie. This truck will debut in “The Lego Movie 2: The Second Part.” The movie will feature the voices of actors such as Chris Pratt, Elizabeth Banks, Maya Rudolph, Tiffany Haddish, Alison Brie, Will Arnett, and more.

To get everyone ready for the movie, Chevrolet released an advertising campaign with the new film’s main characters using the Chevy Silverado as a getaway vehicle. They are trying to escape from an alien invader while listing all of the great features found in the 2019 Chevrolet Silverado.

According to CarBuzz, “This isn’t the first time Lego and Chevrolet have collaborated to promote the 2019 Silverado. Earlier this month at the Detroit Auto Show, the two companies unveiled an impressive life-size replica of the Silverado 1500 LT Trail Boss off-road pickup. It’s made up of 334,544 Lego bricks and even features working lights – no wonder it took the team over 2,000 hours to construct.”

Lego and Chevrolet are clearly making the most of this partnership for the film, so be on the lookout for the Lego Movie and the 2019 Chevrolet Silverado to be coming your way soon.

For 2019, you have an all-new Silverado engine that is a turbocharged 2.7-liter four-cylinder engine that gives you 310-horsepower and 348 pound-feet of torque. The final engine option will only be available later in the model year, but it will be a 3.0-liter turbodiesel engine.

Come down to your Apple Chevy, your Chevy dealer, to check out our selection of Chevy Silverados for sale. We look forward to seeing you!