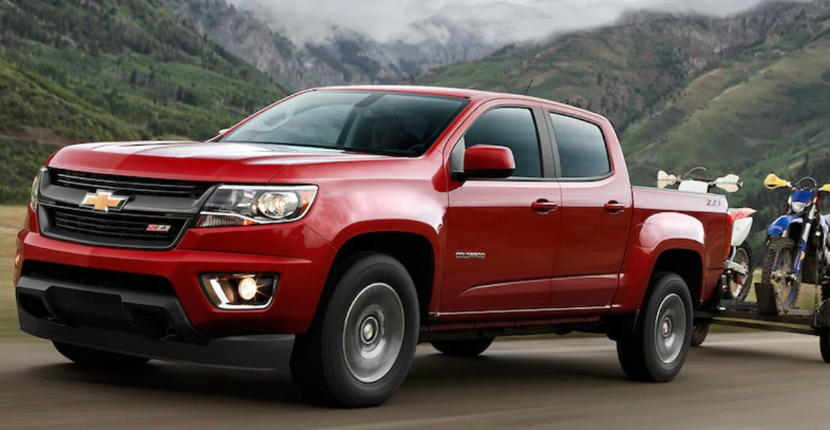 As the demand for efficiency and alternative energy becomes more standard than unusual all the time, Chevy continues to stand out in finding innovative ways to implement these positive changes without sacrificing performance or power. As trucks have begun to follow suit with cars in becoming a big part of the next generation of energy technology, Chevy also continually proves its dedication to leading the pack. With more awards than we can count over the last five years alone, many of them in recognition of Chevy’s dedication to energy excellence, we think there’s plenty of reason to trust your local Chevy dealer to bring you the best balance of performance and efficiency available.

One Small Step for Trucks…

This year, the Chevy Colorado stands as a good example of the incremental improvements that Chevrolet consistently prioritizes in its vehicles. Still known by the classic S10 nameplate in South America, the leading model has recently taken on a new, specially calibrated six-speed automatic transmission in its Brazilian market in order to continue its evolution toward ideal economy. With this improvement of the S10/Colorado standing as only one of many always rolling off the busy drawing board at Chevy, the popular truck seems more than ready to join the other exceptional vehicles in the current Chevy lineup in continuing its residence on critic and driver favorites lists, as well as high on the sales charts, for another year.

…One Giant Leap for Truck-Kind

As a result of this seemingly minor new addition to the S10 Flex formula, the Brazil-region model has been recently recognized in a big way as the most efficient truck in the country. Naturally, this will only continue to drive competition toward higher standards across the globe, and there can be no doubt that setting higher standards is the best thing that proper, innovative competition can achieve. With this in mind, Chevy continues to look toward a brighter automotive future at every turn, and Apple Chevy remains more than happy to serve as your most dedicated and knowledgeable local Chevy dealer.

Offering a wide selection of configurations, an unusual variety of trim options including well-equipped off-road ready packages, and truly next-generation styling, the 2018 Chevrolet Colorado brings an exceptional approach to the world of compact, automatic, energy-efficient trucks. You’ll have no problem finding some expert guidance and personal time to get to know it, as well as any of the other award-winning Chevy trucks currently available, right here at Tinley Park’s own Apple Chevy anytime!